Kara Kawa products are hand made in Tasman, New Zealand by a local nature-loving kiwi.

All of our skincare products contain healing Kawakawa and pure, natural ingredients.

Kara Kawa Products contain no bad stuff and are made with only the highest quality natural ingredients.

The hero ingredient in Kara Kawa Products is Kawakawa leaves. Kawakawa is a native New Zealand tree that is one of the most important herbs used in Rongoā (traditional Māori medicine). It is used to treat a wide range of ailments including; wounds, skin disorders, stomach issues, and burns because of it’s anti-inflammatory, antiviral, and antibacterial properties.

Originally this Kawakawa Healing Balm was produced as a healing balm for a local Nelson tattooist Sharon Salmon, who wanted to take a more natural and safer approach to tattoo healing. Soon after this, the true benefits of this balm were realized and the products grew from there.

There are no warnings for Kara Kawa Products. If you have highly reactive skin, please spot test first.
Never double-dip in your tub of balm, and always use clean hands to avoid cross-contamination.
Store these products in a cool, dry place out of direct sunlight.

Shop Kara Kawa Products.
Find out about all the ingredients in Kara Kawa products.
Have a look at all the different uses of Kawakawa Healing Balm.

Hi, I’m Kara and I am the proud owner of Kara Kawa

Based in Tasman, New Zealand, I raised two amazing inspiring boys/adults. My oldest son lives in Auckland and has recently graduated from South Seas Film & Television School. While my younger son is at home and attending Nayland College, he spends most of his free time riding his bike on the great MTB tracks that Tasman has to offer.

Currently, I am working from home running Web By Design and Kara Kawa. These two jobs keep me quite busy, but I always find time to hang out with family and friends, as well as do a bit of crafty stuff like crochet, sewing, knitting, and building.

I was born in Motueka and raised in the beautiful Marlborough Sounds as the daughter of a mussel farmer. I have two awesome brothers and one amazing sister. We were raised by the most awe-inspiring parents who worked hard and supplied us with an amazing childhood. Being raised in the Marlborough Sounds and surrounded by native bush was a great source of inspiration for Kara Kawa.

In 2002 I set up my jeans label called Tank. I was making jeans and pants to order and also selling one-off handmade clothing items at the Nelson Saturday Market. Also, I made a range of other items including ball gowns, wedding dresses, costumes, curtains, and beanbags.

While being an at-home mum I studied through The Open Polytechnic of NZ, and in 2011 I received my Diploma in Business with a major in Accounting.

After receiving my diploma I worked in accounts at Harvey Norman for a while. This was a great learning step after studying for four years.

Tank was transformed into Tank Clothing and Alterations and was a part of a shop called Allkindz in Nelson. I offered a drop-in alteration clothing service, as well as making clothing to order. In my time at Allkindz I made jackets for the Whakatū Maori Women’s Welfare League, uniforms for the Marching Nelson team, replaced what felt like a gazillion zips, and made some amazing friends in the craft industry.

In 2015 I got my Certificate in Web Design and Writing through The Open Polytechnic of NZ.

Set up my current business Web By Design doing website design and logo design from home. One of the first websites that I had the privilege of designing was for French Pass Community Charitable Trust. I also designed their logo which is a true to life New Zealand King Shag. I pride myself on my digital and design work, sometimes a little too much and I can spend hours making something perfect.

Telephone sales, well I did that for a year. This was an interesting learning curve because we never had a phone growing up and I had never been that interested in using the phone. I’m more of a face to face person. During my year in telephone sales, I learnt a lot of sales techniques and expanded my people skills (something that someone who grew up in the middle of nowhere lacks). Yes, I made a few sales, but there were also quite a few fails along the way.

In 2018 I worked part-time as a housekeeper at Trailways, this gave me time to work on getting Kara Kawa off the ground. 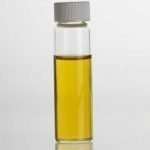 Polysorbate 80 is a stable non-toxic surfactant used in Kawakawa Lavender Bath Bombs to emulsify the oils with the bathwater.
This product helps the oils mix into the bathwater rather than sit on the top. It also makes clean up easy, leaving no oily residue or ring around the bath. 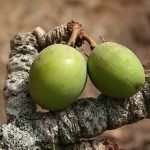 Shea Butter is obtained from the seeds of the Karite tree common in several African countries. This product has been sustainably produced from only certified organic plantations.
Shea Butter is naturally rich in vitamins A, E, and F, and has an SPF-6.
High in fatty acids, Shea Butter can protect, nourish, and prevent the skin from drying.
The anti-inflammatory properties of Shea butter reduce inflammation and swelling.
Prolonged use of Shea Butter can soften, strengthen, and reduce wrinkles in the skin.
Shea Butter is used in: Kawakawa Body Butter, Kawakawa Soap, Kawakawa Vanilla Lip Balm, and Kawakawa Sweet Orange Deodorant. 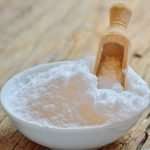 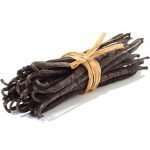 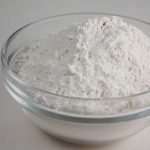 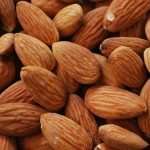 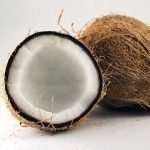 This coconut oil is 100% Pure & Natural Pacific Island oil that has been Clay filter refined in New Zealand.
Coconut Oil is rich in short and medium-chain fatty acids as well as being antibacterial, antiviral, antimicrobial, and antifungal, so is good for many health conditions and has excellent healing properties.
Kawakawa leaves are steeped in coconut oil to make the infused Kawakawa coconut oil and used in: Kawakawa Body Butter, Kawakawa Sweet Orange Deodorant, and Kawakawa Lavender Bath Bombs. 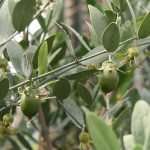 Jojoba is pronounced “Hoh Hoh Buh”
The Jojoba tree is a native shrub to South America. Jojoba oil is actually a liquid wax and not an oil at all.
Jojoba Oil carries natural antibiotic, anti-inflammatory, hypoallergenic, and analgesic qualities. Jojoba Oil easily penetrates the skin and helps to reduce water loss by forming a protective film. It moisturises, revitalises, soothes, and regenerates the skin.
It is used to treat burns, sores, wounds, and many other things. Jojoba Oil is high in vitamins A, D, and E, and minerals and proteins.
Jojoba Oil is used in: Kawakawa Healing Balm, Kawakawa Body Butter, and Kawakawa Vanilla Lip Balm. 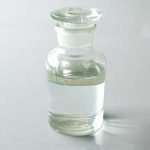 Kawakawa leaves are picked, washed, and then distilled in a pot still. The water/steam that is extracted has a wonderful rich Kawakawa scent to it.
Plant hydrosols are also known as distilled water, essential waters, hydrolates, herbal waters, and plant waters.
Kawakawa Hydrosol is a distilled Kawakawa water that contains all the properties of fresh Kawakawa leaves.
Kawakawa Hydrosol is used in Kawakawa Lavender Bath Bombs to moisten the mixture, help it stick together, and for its Kawakawa properties. 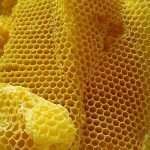